Chasing after and bagging a younger woman definitely has it’s advantages. They’re far more likely to be carefree, open to trying new things and lack any relationship-weighing baggage.

But there is one fall back: younger women will typically lack the sexual experience and confidence that you would find in an older woman. However, you can use this to your advantage by serving as the older man who comes in and rocks her world, teachers her a thing or two about sex and ultimately impacts the rest of her sexual life. Sounds pretty great, eh? I thought so.

How do you do it, though? Just sticking it in isn’t going to do the trick. You have to approach this with a certain level of finesse and care. Here are some things you may encounter when dating a younger woman and the ways you can overcome them. 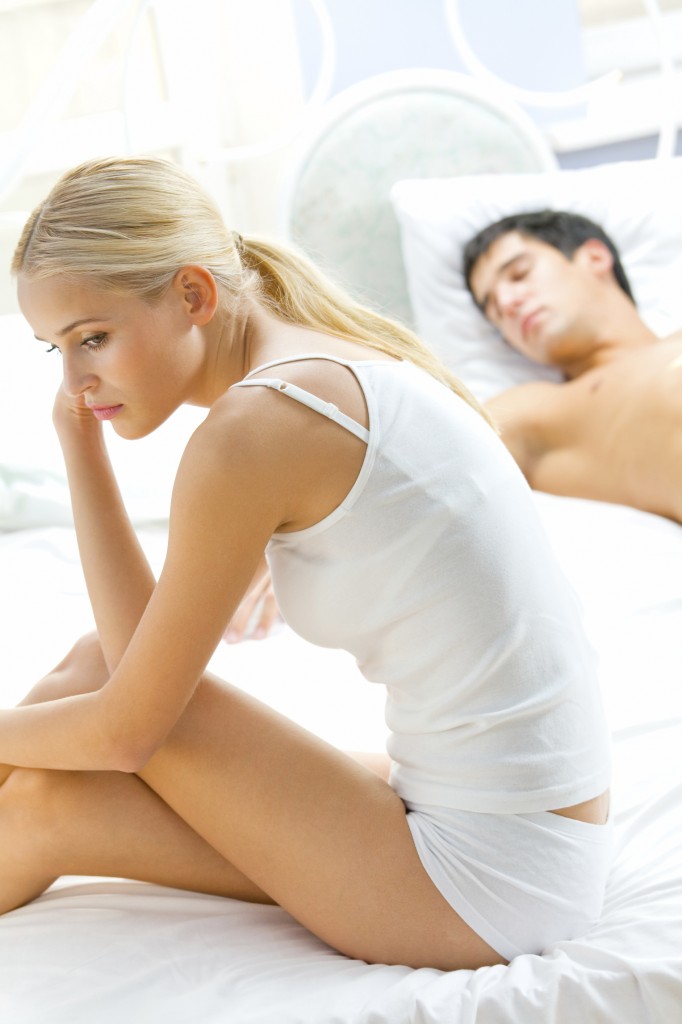 Younger women are likely to lack a little confidence, whether it be about their body or in the bedroom. It’s gonna take awhile for them to really come into their own after years of digesting magazine covers and media that tells women they have to be perfect. Be aware of this and see if she shys away from keeping the lights on or feels weird about you going down on her (two things you probably want to do!)

You can correct these things by respecting her wishes at first, but then slowly pushing the envelope, while continually fueling her self-esteem. Let her know she’s beautiful and that you want nothing more than to . Persuade her to get naked during the day when turning the lights off isn’t an option. She’ll also become more and more comfortable with being naked the more time she actually spends naked.

Lacking experience (worldly and in the bedroom)

Dating someone who lacks sexual experience can be both a lot of fun and difficult at times. They may be eager to try everything or they could be scared to move beyond missionary. And what’s worse is they could be bad at everything. Most of these problems can be fixed though, no matter the issue.

Use this time to expand your younger counterpart’s sexual vision, but be ready to be patient if they are a little hesitant. You won’t be able to whip out the Adam & Eve products right away, but can slowly ease into them as well as other positions by once again appealing to her self-esteem and reassuring her. Lead by example and take charge, talk a little dirty and move her around a bit. See how she reacts and gauge whether you can dive in or need to progress slowly. Respectful persistence will usually persevere.

If she’s bad at things, take this as your chance to be an educator. Let her know how YOU like certain things to be done. Don’t let her know she is bad, instead position this as a lesson in what you like. In turn, you can ask her how she likes things to be done. The one benefit of this situation is that you’ll be guaranteed some quality bedroom skills once she’s gotten it down.

All women have the capacity to develop Stage Five Clinger Status (just like men), but you are far more likely to encounter this issue with a younger woman. Having sex with them can be the catalyst for this issue, so you have to tread carefully. If you’re trying to date, great, if you’re just trying to hit it and quit it, you need to be careful. You can typically see a Stage Five Clinger from a mile away, they’ll show you in their self-esteem before you’ve even gotten them in bed. If you’re not looking for that, avoid the pump and dump and/or let them know what you’re looking or upfront and be ready to let them know that again and again. Stage Five Clingers can be crazy, so do what you can to avoid them at all costs.

What are some sexual issues you’ve encountered with younger women?