I am 34 years old, from Norway, and I messed things up with a girl I like.

I know your advice is probably to move on and meet new people, but I live in a small town, and there aren’t many high-class women available. After a 6-year relationship, involving 2 kids and a bad breakup, I’ve been single for more than 4 years.

I’ve met many girls since then, but none that I really liked, so I haven’t gotten serious with any of them.

Then I met this girl. 20 years old, from the next city. About a one-hour drive away from me. We hit it off quite well from the start, and on the first night we met we were already kissing, and she spent the night.

She then told me she thought I was a bit old, and things cooled down. But still, we exchanged phone numbers and emails, so we kept in touch, also through Yahoo Messenger. We spent hours and hours chatting, and then she invited me there for the weekend. So, I went there, and we had a great time, but nothing more happened. I NOW know what I did wrong. I was being too friendly, and not like I would have done things now. But still, this increased our contact, and we decided to take a trip together with a couple who are mutual friends of ours.

In the time between this decision and the trip (a couple of months) we met once a week, and tension was increasing. Physical contact increased, but no sex. But I was being patient, and the weekend of the trip, patience paid off.

Finally. So I must have done something right! And also after we came back. Until a couple of weeks ago….

I felt things were going great, so I told her that I thought we should take things to the next level and make commitments to each other. And that’s when it went all wrong. She was unsure, and instead of cooling down, I pushed on. Trying to logically convince her that this was meant to be, and so on. The classic mistakes. And when she wouldn’t agree, I reacted with frustration, and pulled out.

After a couple of weeks of silence, I made contact with her, and asked what would happen now. She is unsure whether she wants to walk down this path again. But the problem (for me) is that I have never met a girl things were going so naturally with, and I don’t want to lose contact with her. I know making up for this will not be an easy task, but I am prepared to give it another shot.

I am still convinced I will be able to renew contact with her, and when I do, I will use everything I have learnt from your classes, and not fall back to the wuss and needy idiot I have been.

But I still need some advice. Is there anything I must avoid (apart from what I have said I know I have to avoid), and are there any great tips or hints you can give me? I am prepared to give her my best side all the time, being positive and confident, and giving her the same positive experiences I gave her in the beginning.

I don’t want this to end. But on the other hand, I can’t force her, because then the game starts all over again. I’m NOT giving this up.

Like I said, I live in a small town, and I just can’t pick girls like I want. Cards have to be played differently here. I really hope you have some wise words for me.

First off, I want to commend this guy’s sincerity and honesty. I felt it in his words. Now I’m going to bring some nuclear-powered knowledge to help him get this situation on track…and get this girl back in his arms.

Before I get into that, my friend in Norway, I’m going to need to smack you around a little bit. As I read your email, I spotted several “red flags”—tactical mistakes you made that you must not repeat with this girl again, or make with any girl in the future.

I know you’re aware of some of the mistakes you made, but I know a LOTof guys will benefit from this analysis.

Among the guys that I’ve coached, this is a situation I see all the time. They learn the correct strategies and adopt the right mental attitude…but only temporarily. As soon as they meet that “perfect girl” and sleep with her, they return to their old ways because they don’t want to lose her.

The irony is, by being “super nice,” always being available to talk to her, and making it clear that you want her to be your girlfriend, you are letting her slip away—because her attraction you is decreasing.

Let me run down the red flags in your letter:

#1. After she spent the night with you for the first time, she mentioned to you that you might be “too old” for her. (You are 34, and she is 20.) Incidentally, I’m 34 years old right now, and I tend to date women that are 10 years younger than me (or more), so I’ve learned how to handle this exact situation. 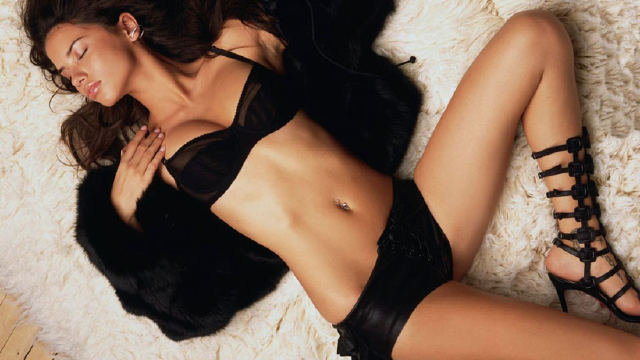 I’m guessing that the age difference was something you were concerned about from the very beginning. You were psyched to meet a cute 20-year-old, but you were probably worried that she would “realize” that you were too old for her.

This is easily avoided. Here are two points to remember when you meet a younger woman:

#1. Never try to conceal your age, and never express any concerns about you being older. Bring it out into the open right away, and USE your age as a way to make her want to prove herself to you. She should be the one who is worried she is not on your intellectual level.

Once she tells you her age, you say, “Wow, I’m 34 years old and you’re only 20? I’ve usually dated women that are closer to my own age. I like women that are sophisticated and have some life experience.”

Wow. That’s an extremely confident, direct thing to say to a young woman. It’s not arrogant or offensive. It shows you have HIGH STANDARDS with the women you date.

Can she measure up to your standards? Well, now is her chance to show you.

You didn’t say, “I can’t date you, you’re too young and inexperienced.”

You said, “I date women who are sophisticated and experienced.”

So, if she wants to hang out with you, she’s going to need to demonstrate that she has these qualities.

You’ve put a CHALLENGE out there, and women get turned on by a man who challenges them to step up!

Now, throw her a question and make her prove that she can hang with a sophisticated guy like you: “But I have to admit, you do seem kind of mature for your age. So tell me some of the things you’re into.”

This is so powerful on a psychological level. Right from the beginning, you’re establishing that you have no insecurity at all about your age; you love being your age, because it means you’re at a secure, confident, experienced stage in your life.

You know about all kinds of cool and interesting things. The only question is, is SHE worthy of hanging out with a guy like you?

#2. Turn your age into a reason for her to want to date you. As an older guy, you’re more worldly and experienced. You can teach her things. You can show her cool places, turn her on to great music, movies, art…whatever your interests are.

I’ll say things to her like, “Last night one of my favorite movies was on television, The Godfather. It’s a classic. You’ve seen it, right?” (This can be any movie released prior to 1985 that you love.)

If she tells you that she has seen the movie, you say: “Wow, I guess I underestimated you. I figured you wouldn’t be aware of any movies prior to Johnny Depp and Brad Pitt coming on the scene.”

If she tells you she hasn’t seen it (and she probably hasn’t), bust on her a little. Say playfully, “I can’t believe you haven’t seen Raging Bull! Wow, there are a lot of things I’m going to need to teach you about…this could take awhile.”

Either way, you’re framing yourself as the older, more experienced MAN who can bring value to her life. Very powerful! (Do you think the typical guy her own age has anything of value to say, or teach her?)